I got back from Los Angeles trip on February 28th just in time to start a short pet sitting gig, taking care of Chewy, a rabbit.  Sweet guy.

I settled back into life at the barn. Weather had warmed and spring had sprung.  Romps in the fields with the dogs got prettier and prettier as the grasses greened and the wildflowers started blooming in shades of blues and reds and yellows.

Pollen season was in full swing and the pine trees were sending out clouds of yellow pollen.   My black boots would be covered in yellow dust after a walk in the field.

The menagerie at the barn continued to provide daily amusement.

My mom’s hunt club wrapped up their season on March 13th and I went out into the woods to see everyone come in at the end of the hunt and to help pass out refreshments. It’s pretty fun to see the hounds at work.

Riders and horses alike were dressed up in St. Paddy’s day garb and it wouldn’t be a St. Paddy’s Day hunt without a horse syringe filled with a jello shot.

On March 14th Roo and I took off to do a bit of road tripping.  It was time to give Greta a little test run before we truly truly hit the road for good again.

First we headed up into the northwestern corner of South Carolina.  It’s beautiful country made up of rolling farmland and forests.  Calhoun Falls State Park was our first stop for a night of camping.  Roo enjoyed a dip in the lake.

Then we spent a couple of days watching a sheep herding trial held at Red Creek Farm outside of Townville, SC.

Roo got a sheep herding lesson with Mr. Hubert Bailey and did well considering it had been about 2 years she last had a herding lesson.

Watching the trials was a hoot.  It was incredible to watch the dogs do their thing.  I met a lot of nice and neat people, all very passionate about their dogs and their hobby.  This video is of the youngest (by far!) participant who did a very impressive job of working with her dog to move those sheep, although he loses his focus towards the end and she kind of cheats by crawling through the fence.

From the sheep herding trials, Roo and I headed south for one night of camping on Jekyll Island off the coast of Georgia.   Roo and I walked along Driftwood Beach, aptly named.

We also walked around the historic district, which has an interesting history, and admired the sailboats in the marina and the old historic buildings.

From Jekyll Island I headed to Savannah, GA.  I shacked up at a great little Airbnb in the Bonaventure neighborhood and was within walking distance of the famous Bonaventure Cemetery.  It was just dumb luck that I happen to be in Savannah at the height of the azaleas blooming season and they were quite striking against the gray green of the oaks and Spanish moss.

Roo and I strolled around downtown Savannah and along the water front, marveling at historic buildings and structures.  I so wish I could time travel.

The Alley Cat Lounge has the best cocktail menu ever, published in the form of a newspaper, featuring articles and quotes about booze and drinking and famous drinkers. 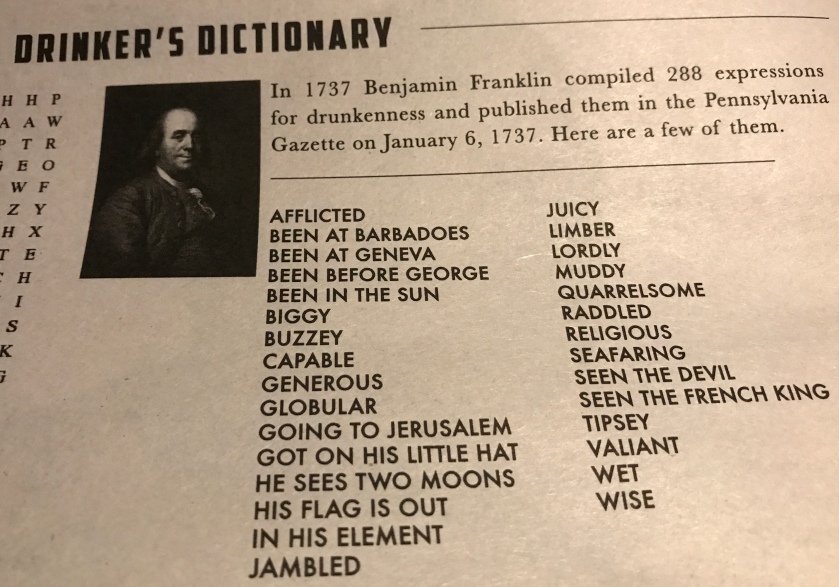 My Savannah plans got a bit hampered when severe weather rolled through town.  The weather report called for high winds, large hail, and tornados so I stayed hunkered down at my rental cottage, monitoring the weather radar. It was pretty gnarly at times with thunder and lighting and wind and the rain coming down in buckets but fortunately the cells of truly extreme weather skirted to the north and south of us and we never got a direct hit.

I headed out of Savannah on March 21st and went to spend a lovely 3 nights with friends on Kiawah Island, just outside of Charleston, SC.    Roo and I spent lots of time out on the beach, despite the chilly and windy weather and of course had to hit the beach each morning to see the sunrise.

During my stay on Kiawah, I met up with my parents and aunt and uncle in Charleston to do a garden tour and walk around town.  Charleston’s such a fun and interesting town for poking around.  There’s little nooks and crannies to discover and cobblestone alleys criss cross through the historic part of town where you might get a glimpse into the courtyards of fabulous old homes. 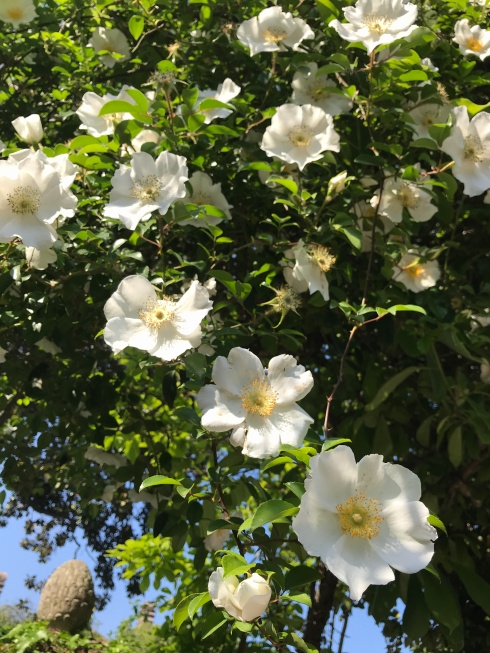 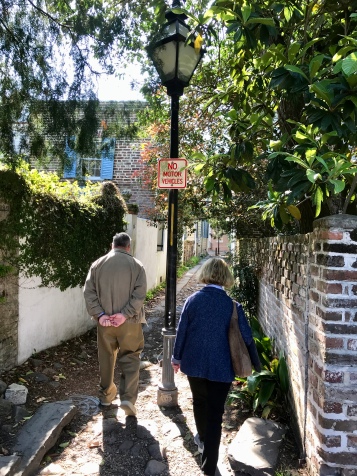 After Kiawah and Charleston, I headed back to Aiken, SC on Sunday, March 25th.  I had just over a week to make final road trip preparations and to have my last hurrahs in Aiken.

I’m glad I stuck around long enough to watch family and friends ride in the 102nd annual Aiken Horse Show on April 1st.    Set in the middle of Hitchcock Woods, it’s just the cutest dang horse show I’ve ever been to.

I think my favorite part of the show was the lead line class where little kids got led around the ring on their ponies.  Egads, look at how small this pony is!  Cute as a button or what??

Before heading out of town I decided I should at least take a walk in Hopeland Gardens while the azaleas and dogwoods were in full bloom.

When I got back to Greta after walking around the gardens, I discovered that someone had left a rock painted with an image of green van on my driver’s side tire.  On the back it says ‘Aiken Rock’.  Technically I guess I’m supposed to rehide it and pass it along to another person but heck NO!  I’m keeping it as a memento of my time in Aiken.  What could be more apropos??

I started packing up the van and getting ready to hit the road.  I sure was tempted to kidnap Dodger.  He seemed a bit interested in van travel and I think Roo wouldn’t mind a co co-pilot.

It was so tough to leave Aiken, SC.  I have to admit that it was tempting to stay close to family and friends.  I’m sure if you asked Roo she’d say let’s never leave.  She sure is going to miss her time at the barn.

But the road calls and I’ve got a bee in my bonnet about seeing Nova Scotia and on Friday, April 6th,  Roo and I pushed off for the next big road trip phase.  More on that soon.  Stay tuned.